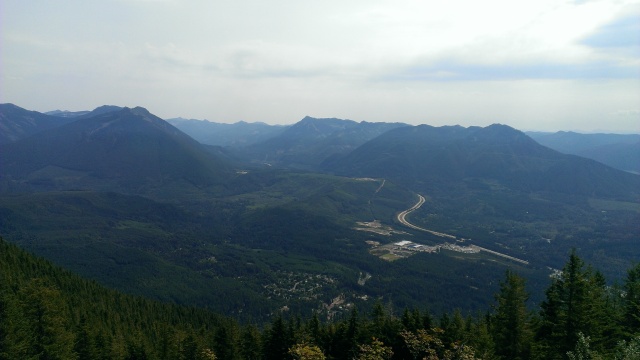 View from the top of Mt. Si near North Bend, WA.

Trees, mountains, streams, and wildlife. These attributes and the recreational opportunities offered by them are why many people choose to live in the Northwest. The abundance of wilderness areas in this region goes back to European colonization being only recent (compared to the rest of the country), federal preservation efforts, and more recent planning laws. By managing the growth of their communities, urban planners have the simultaneous responsibility to protect natural landscapes.

Cities and wilderness are on opposite ends of the land use spectrum, but both must be properly managed to ensure adequate economic health while protecting natural features indefinitely for future generations to enjoy. In the Puget Sound region, outdoor recreation, ranging from skiing to fishing, is often only a one or two hour drive from home. But it’s that proximity that has brewed dissent between conservationists and outdoors lovers. 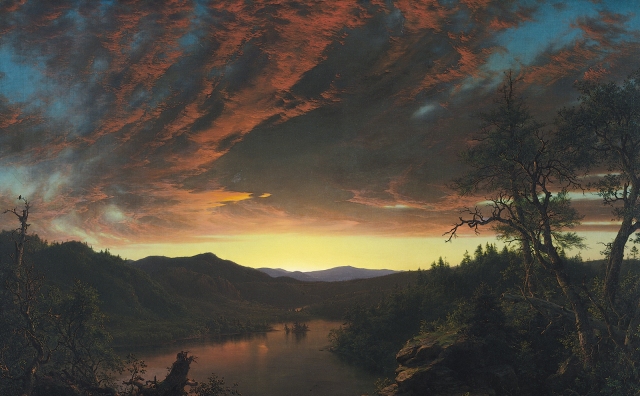 Twilight in the Wilderness by Frederic Edwin Church. 1860. (Wikipedia Commons)

The American conservation movement has roots in 1800s landscape art and writings that romanticized the untouched western frontier, and took hold in the early 1900s with President Roosevelt’s signing of the National Reclamation Act, creation of the National Forest Service, and addition of many national parks during his term. Throughout the 20th century battles were fought with mining and timber interests, and in Washington state those battles are mostly over as sustainable forestry has become the norm. More recently, as constrained public budgets have left wilderness roads in disrepair, conservationists have found a new cause: making recreational access harder in order to reduce human impacts. You can read more about this in an excellent Seattle Times article by Ron Judd.

City planners and other public officials have a powerful hand in protecting wilderness areas, primarily through growth management laws. In Northwest tradition, in the 1970s Oregon was the first entity to enact such a law. With the support of farmers and environmentalists, urban growth boundaries were required to be established and maintained by every city and county in the state. 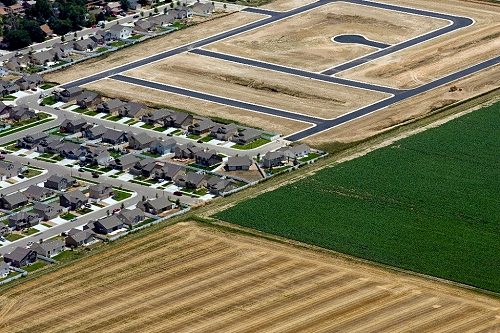 Growth boundaries are intended to prevent sprawl into greenfields and agricultural areas and preserve natural resources and wilderness areas for economic sustainability and public enjoyment. Washington State followed suit and passed its Growth Management Act in 1990; along with defining urban growth boundaries, the legislation is unique because it requires  comprehensive planning by cities and counties but allows flexibility since each local government is unique. According to the Sierra Club, nine other states have enacted similar laws: Florida, Georgia, Hawaii, Maine, Maryland, Minnesota, New Jersey, Rhode Island, and Vermont.

In theory, growth boundaries force cities to allow greater building densities as populations increase. In turn, this reduces infrastructure costs, creates incentives for transit and mixed-use zoning, and reduces carbon emissions. In recent years, however, such laws have contributed to increased housing prices, such as in Seattle and Florida, as supplies of land are artificially reduced. In some cases this has led developers to build in unincorporated areas outside the city limits. This type of argument against growth management does not consider anything other than dollar costs, though; the social and environmental costs of unmitigated urban sprawl is well documented.

Outdoor enthusiasts and conservationists alike should appreciate the policies that protect the areas they enjoy for recreation and leaving nature undisturbed. Further, they have loud voices when public agencies are debating to extend growth boundaries into undeveloped areas and should fight to ensure that wilderness remain protected for generations to come.

1 Response to Planning to Preserve Wilderness