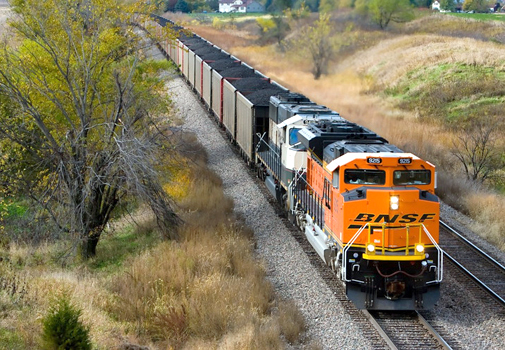 Energy companies’ plans to export coal to Asia is at the heart of an ongoing debate in the Pacific Northwest, with proposed shipping terminals and coal trains prompting a public outcry that pits environmental concerns against economic interests.

The Powder River Basin is the largest source of coal in the United States, contributing to 40 percent the nation’s 1 billion tons of annual consumption. However, coal-fired power plants have been on the decline since the federal Environmental Protection Agency announced increased regulations and costs for plant operators. With coal in the U.S. starting to look economically unfavorable, producers are looking at the growing energy demands in Asia and want to use freight trains and Northwest waterways to get it there.

Coal is already exported through British Columbia ports, mostly in Vancouver, but energy companies want to export more coal and more quickly, so they have been proposing at least five new facilities throughout Oregon and Washington. A report from the Sightline Institute offers a summary of the proposed projects:

The Washington State Department of Ecology announced in July that it will be conducting a broad two-year study on the largest proposal, the ‘Gateway Pacific Terminal’, at Cherry Point in coordination with Whatcom County and the Army Corps of Engineers. In an unusual move, the study will go beyond state boundaries and consider the environmental implications of coal train impacts in other states, cargo ship emissions, and increased coal burning in Asia. The department received almost 125,000 public comments before deciding the scope of the study. According to the Seattle Times, a separate review of the Longview proposal will begin later this year.

Increased freight train traffic in urban areas will directly impact Northwest citizens if any of the terminals are built, but especially at Cherry Point. The Burlington Northern Santa Fe railroad, or BNSF, already runs up to four coal trains per day north through Seattle to ports in British Columbia. BNSF has a line that connects further north in Everett, but heavily-loaded trains usually take a flatter route along the Columbia River before turning north; empty trains are able to make it back over the Cascade Mountains. The Cherry Point terminal could cause up to 18 coal trains per day to cross through cities along the Puget Sound. According to the Seattle Times, if both the Longview and Cherry Point terminals are built as many as 30 coal trains could pass through the state each day.

Traffic backs up in Marysville as a freight train passes (Tulalip News).

Marysville officials, among others, have raised concerns about increased train traffic on their communities. In Edmonds, train traffic at a road crossing near a Washington State Ferry dock has forced the cancellation of two sailings per day. In Seattle, at least eight major intersections would experience delays averaging five minutes per train by the mid-2020s according to a study by consulting firm Parametrix; the ‘Great Northern Tunnel‘ between King Street Station and Virginia Street spares most of downtown, but transit, drivers, and emergency responders would still see significant traffic backups. Statewide, the Washington State Department of Transportation has identified 29 highway-railroad intersections that already experience delays from trains and would require upgrades for safety and traffic flow if trains are more frequent. There is also the increased risk of train derailments.

Associated effects of diesel exhaust and coal dust are also factors. In an opinion letter, a Seattle resident living near a train yard predicts the fume problem will grow worse with more trains. On its own website before opposition increased, BNSF said that coal trains to BC can lose up to 500 pounds of coal per car; this likely has effects on ecosystems and human health, but there have not been any studies on coal dust from trains. A visual is in the video below at the 50 second mark [link].

Supporters of the coal terminals, including BNSF CEO Matt Rose, argue if Cherry Point is not developed the facilities can be built someone else, such as Longview. But Bob Watters, senior vice president at SSA Marine, says only Cherry Point has the deep water that can accommodate Capesize bulk-carrier ships. Proponents also say the terminal would support up to 2,100 construction jobs and 300 to 430 permanent jobs. However, these points do not consider the global impacts of the terminal projects.

Not only have studies confirmed that pollution from Asia blows back to the western United States, but providing foreign countries with plentiful coal will discourage the development of renewable energy resources. From the New York Times: “Every week to 10 days, another coal-fired power plant opens somewhere in China that is big enough to serve all the households in Dallas or San Diego.” Also, “The sulfur dioxide produced in coal combustion poses an immediate threat to the health of China’s citizens, contributing to about 400,000 premature deaths a year. It also causes acid rain that poisons lakes, rivers, forests and crops.” The need to reduce coal combustion for power and industry, and providing the means, is apparent.

The proposed coal export terminals challenge Northwest values. While trains are more efficient than cars and trucks for passenger and freight transportation, the environmental and physical risks to communities from increased coal train traffic outweigh the benefits of new jobs. But even if the terminals are never built, the debate has highlighted the need for improved infrastructure and regulations. Public agencies should work to reduce the impacts of train traffic on street transportation and public health through reduced road crossings, emission limits, and other measures.

For more information on the Cherry Point project and supporters, visit the Gateway Pacific Terminal website. Opponents include Coal Train Facts, Quit Coal, and Power Past Coal. Stay tuned to this space for developments.