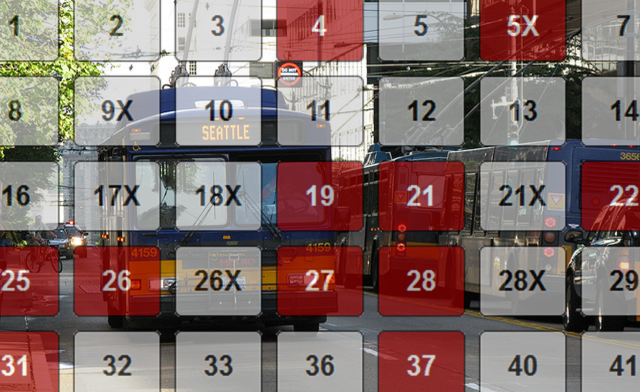 King County voters are receiving ballots in the mail for a special election on April 22. The only measure up for vote, Proposition 1, will maintain funding for transit and increase maintenance funding for county roads if it passes with a simple majority. For the sake of the region’s growing economy and related congestion problems, The Northwest Urbanist supports a “Yes” vote on Proposition 1.

As reported numerous times in this space, Metro is facing a severe funding shortage due to the recession and the state legislature’s inability to enable other options.The transit agency, which serves all of King County and Seattle, depends heavily on a sales tax for its operations. Sales taxes are highly volatile and vary with economic conditions. A state-approved two-year Motor Vehicle Excise Tax (MVET), which is much more stable, is expiring this summer and leaving a $75 million shortfall for operations this year alone.

Service, staff, and other costs have already been greatly trimmed from Metro’s budget over the last few years. To remain solvent, Metro says it will need to cut 17 percent of service starting this summer. That may not sound like much, but it will put 30,000 cars back on local roads and affect 80 percent of bus riders with 74 cancelled routes, reduced frequency, and overcrowding. Many local businesses and organizations support Prop 1, and only a few questionable ones oppose it. Seattle Transit Blog provides an excellent summary of how Metro came into this financial situation and offers further support.

For a period of 10 years, Proposition 1 will add a 0.1 percent sales tax and a $60 car tab fee, with a $20 rebate for low-income people, which will cost the average King County household $11 per month. 60 percent of annual revenue from these will go to transit, and 40 percent will go to roads. Because of the expiration date it is not an ideal solution, but it will buy Metro time to find more secure sources of funding. It will also avert the negative effects of reducing service for everyone from students to the disabled, not to mention the thousands who commute to downtown Seattle.

I would propose switching to a property tax instead of a sales tax, though that may require changes in state law. Some legislators are also willing to increase the state gas tax, but Olympia has consistently failed to pass a comprehensive transportation package. For now, the future of Metro is in the hands of King County citizens. I urge you to vote “Yes” on Proposition 1.

1 Response to Vote Yes on Proposition 1