Thinking Outside the (Big) Box

Posted on October 7, 2013 by Scott Bonjukian 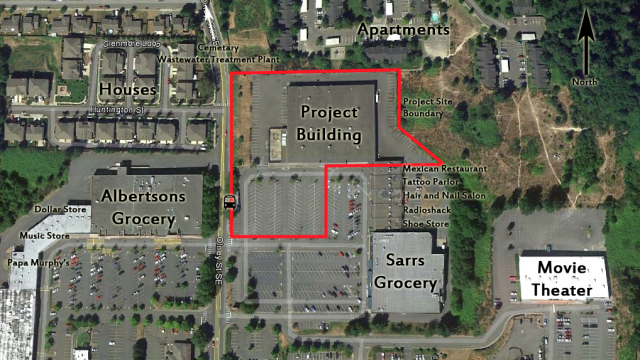 The U.S. is seeing a slow reversal of a half-century of migration to the suburbs, with people more interested in walkable communities closer to the core cities of metropolitan regions. With the Millennial generation also less interested in driving and owning single family houses, suburban areas will have a surplus of homes and shopping malls in the years ahead. Empty structures have imbedded energy from their construction, so reuse is more sustainable than demolition, but how is a building adapted for uses it wasn’t made for? This is the challenge I took on with my personal project, “Thinking Outside the (Big) Box”. 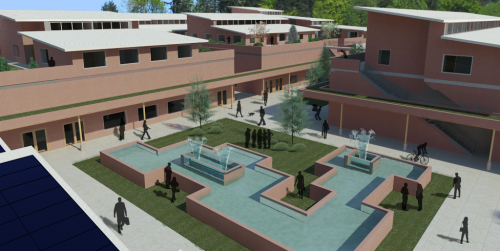 The project is at 1353 Olney Avenue in my hometown of Port Orchard, Washington. The site is a typical strip mall development with an oversized parking lot, two anchor retail buildings, and six smaller retail spaces. The building that caught my interest opened as a Kmart in 1987 and has been vacant since 2008. Located a few minutes from downtown and near other commercial and residential development, I started a conceptual project for redesigning the building as a destination for enhancing the neighborhood. 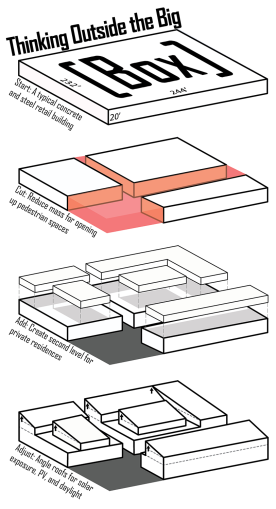 I started in summer 2012 when I earned my LEED Green Associate accreditation, so I was interested in bringing some environmentally sensitive features to the design. I started by reducing asphalt coverage, which contribute to stormwater runoff and pollution and heat island effects, and replaced it with vegetated areas that can act as public parks. With parking still a reality I had to deal with, I moved it to the side of the building and underneath a large photovoltaic array that could help power the project. At this point, with my estimate of what the existing structural layout was, I carved up the building with pedestrian spaces to provide access to a variety of uses. A water feature and small plaza become the main entry.

To embrace the benefits of mixed-use, though the parcel is not zoned as such, I designated each new mass with different uses in the pursuit of creating a vibrant scene. Small retail and office spaces accompany a large restaurant and event space that could be rented to local organizations. To increase density, I added a second level with apartments and green spaces. This has obvious structural implications, but retrofitting the steel framework and CMU exteriors would be straightforward. The building’s front also has an aracde and wooden projection used for signage, now bare, so I removed most of that structure to open up the view and balcony spaces for apartments. However, I extended the arcade to the new pedestrian spaces and placed a vegetated strip on top to bring plants to multiple levels.

The design has 45 two and three bedroom dwellings, 5,000 square feet of new office space, and 8,300 square feet of small scale retail space. The solar array generates an average of 1.3 Megawatts daily on an annual basis, enough to power all of the residential units, and if the angled roofs are installed with PV that capacity can be doubled. The double-roof appearance on each mass is a result of adding clerstories that bring daylight into the deep spaces that result from the size of the original building. 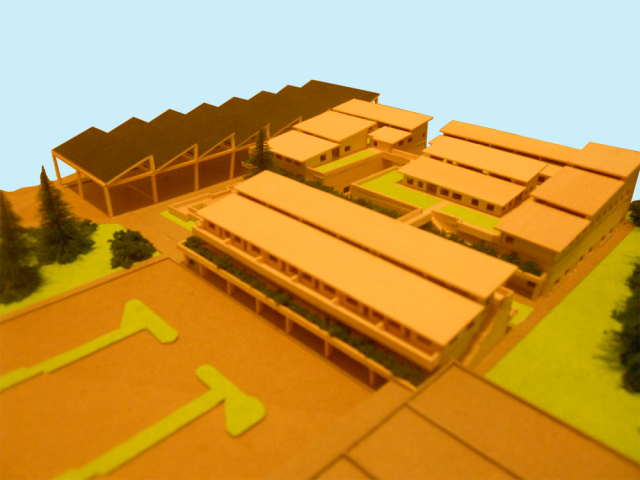 There is no cost estimate on this resdesign, as it is only conceptual, but conceivably the high amount of rentable square footage would make a favorable return on investment within a few years. (If you’re a visionary developer, give me a call.) This project was done completely on my own time without any relation to a client, commission, or curriculum. It serves as an example of the simple things cities can do to enliven their dead spaces and dilapidated building stock, and offers an alternative to traditional suburban commercial development with seas of parking and massive single-use buildings that degrade the human experience. 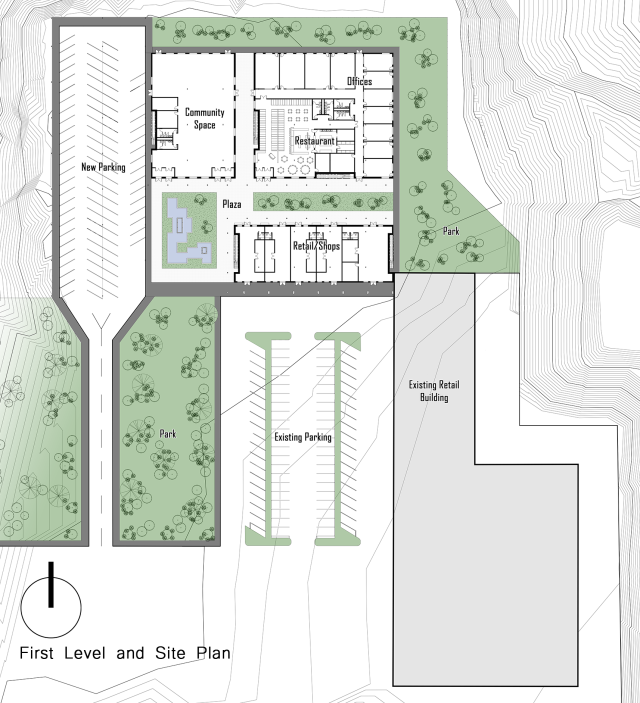 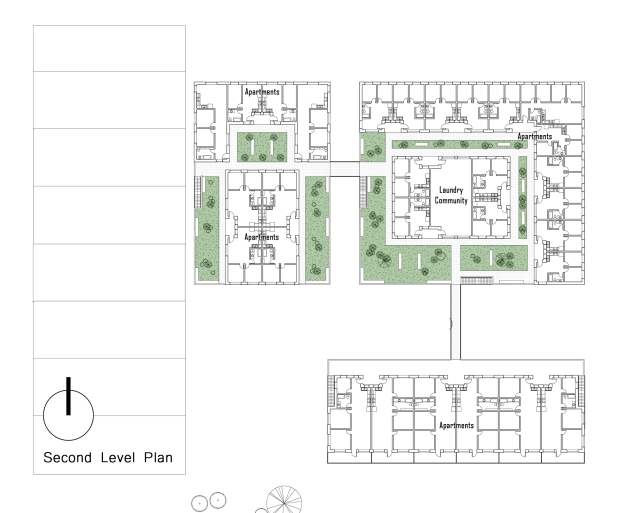 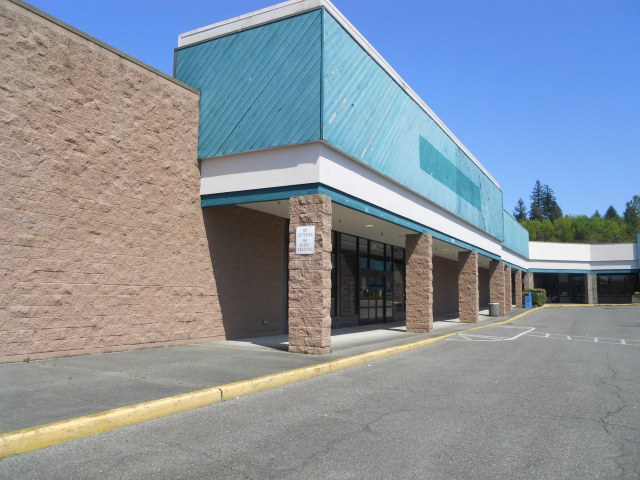 The building as it is now.

6 Responses to Thinking Outside the (Big) Box